The Colors of Christmas Rotation Change

There are few occasions in which I will break from my habit of writing a pen dry before cleaning and changing ink: Christmas is one of those occasions. My ink palette, while mostly satisfactory, was not festive; blues and oranges do not, in my mind, signify Christmas. It was time for a change. 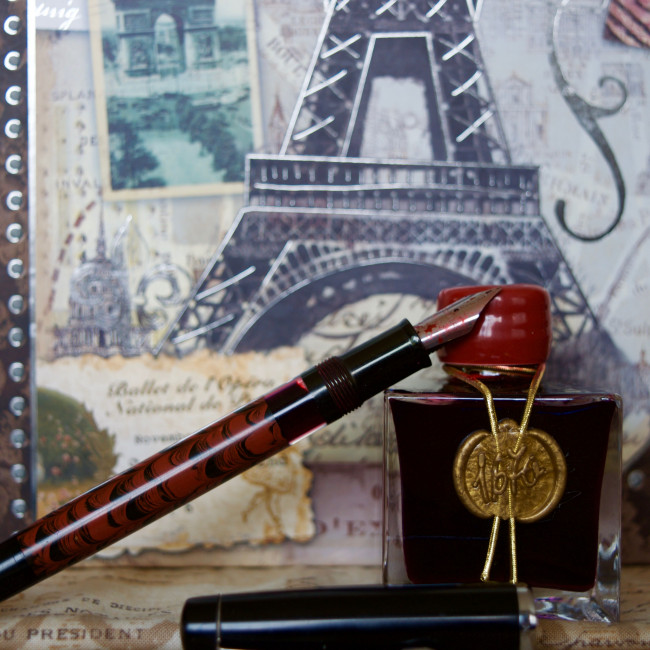 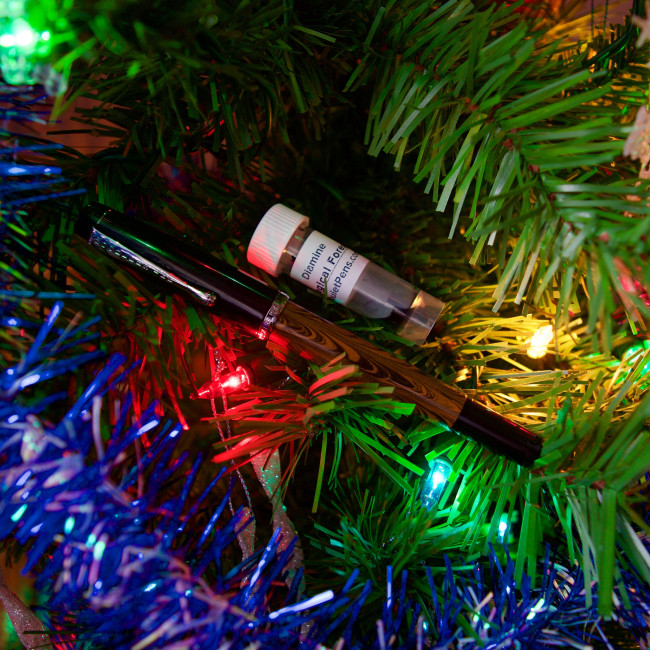 Red and green are the obvious colors for the season. I have many reds in my collection, but one stands out: J. Herbin 1670 Rouge Hematite. This ink not only has a golden sheen but it has gold flecks suspended in the ink. Writing with this ink imparts a glitter of gold to each letter, bringing to my mind the gifts the three Wise Men brought to Jesus (gold, frankincense, and myrrh). I’m rather more limited in my selection of green ink, but I recently bought a sample of Diamine’s Magical Forest. Where Rouge Hematite has gold flecks, Magical Forest has silver (and yes, Silver Bells does get stuck in my head from time-to-time while using this ink). Together both inks, with their twinkling and sparkling flecks, call to mind fond childhood memories of flickering lights on our Christmas trees. 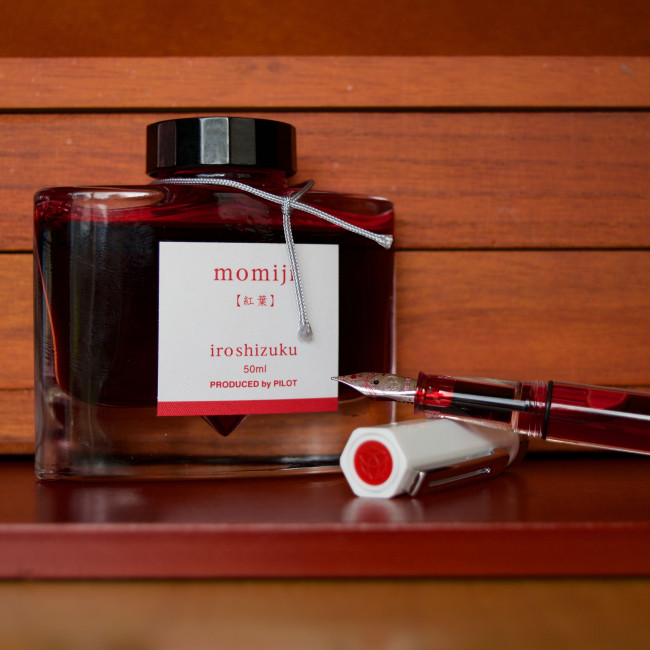 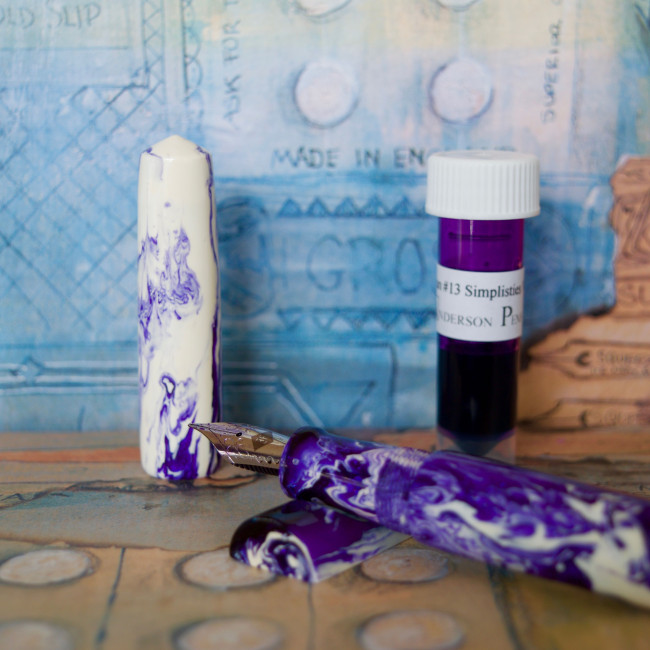 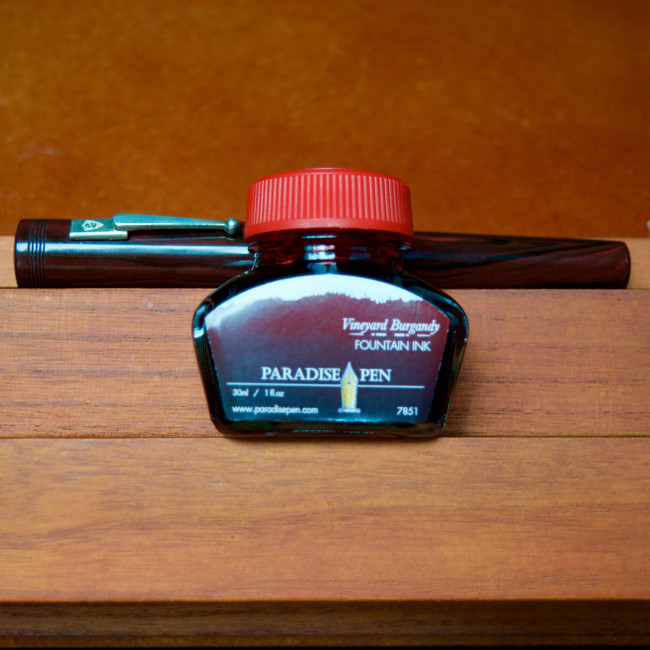 While red and green are traditional Christmas colors, I had a few more colors I wanted to indulge in this festive season. It’s been a while since I used Pilot Iroshizuku’s Momiji. This is generally regarded as a pink color, but to me it’s always been more of a soft red than a true pink. There’s a softness and gentleness to the color reminiscent of those classic Hallmark moments we all hope to have at Christmas.

Purple is also not traditional, and yet it is an imperial color, and at the time of Christ’s crucifixion, He was mockingly clothed in purple since He was called the king of the Jews. That calls to mind one of my favorite Christmas songs, Handel’s Messiah, which quotes Revelation 19:16 proclaiming that Jesus is “King of kings and Lord of lords.” So I say purple is an appropriate color for the season, and to that end I’m giving Akkerman #13 Simplisties Violet a try.

My final choice was not about the Christmas season at all. Sure, one could make a tenuous connection between vineyards and burgundy and Christmas cheer, but the truth is my wife bought me this bottle of ink not too long ago and I wanted to use it in honor of her. If anything connects this ink to Christmas it is that it was a gift given to me out of love. That is enough reason to use any ink.

I will be lucky to get caught up with my correspondence, let alone create Christmas cards. So while I may not have the time this Christmas to express my warmest wishes in my best italic (all but one of the pens in my current rotation have an italic nib), at the very least I shall fill my Hobonichi Techo with the joyful colors of Christmas this December.