On November 26, 2020 my Blue Matte Pilot Vanishing Point (0.5mm CI) joined its comrades when it was filled with Birmingham Winky's Hamburgers Root Beer. I refilled it 4 times; the last refill was on June 13, 2021. The pen was in use for one year and was emptied and cleaned on May 23, 2022, saying good-bye to its fellows. 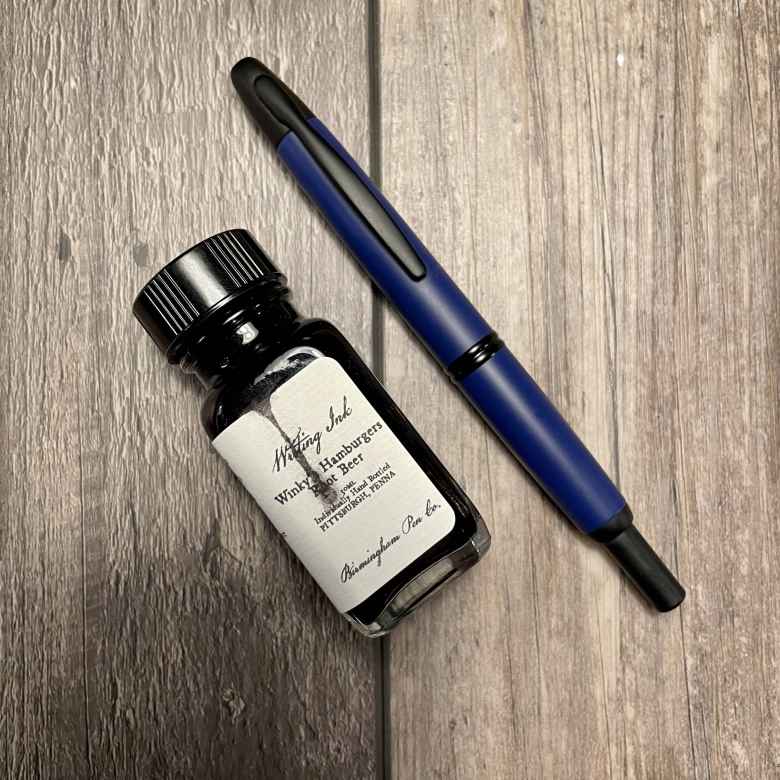 I realized I did not have a pen with brown ink in it, and I’ve been in a brown ink kind of mood lately. I also haven’t used my Vanishing Point in quite some time, so I thought this could make a useful combination, even though I have several pens in use right now, and no hope of writing them dry before the new year.

I still don’t enjoy how fast the ink is consumed with this pen. I’m sure part of that is the small converter, but every time I go to use the pen I have to prime the nib as if the ink in the nib and feed has evaporated. The color the ink was really nice, enough that I wanted to keep using it. But this pen needs to be filled only when I’m ready to go on a long writing session that spans days rather than weeks. It’s absolutely no fun to click the nib out and find you cannot write with it because it’s dry, then to find that there’s still plenty of ink in the converter.