On January 13, 2019 my King Philip Purple Noodler's Ahab (IF) joined its comrades when it was filled with Platinum Classic Lavender Black. I refilled it 2 times; the last refill was on February 17, 2019. The pen was in use for 11 months and was emptied and cleaned on December 31, 2019, saying good-bye to its fellows. 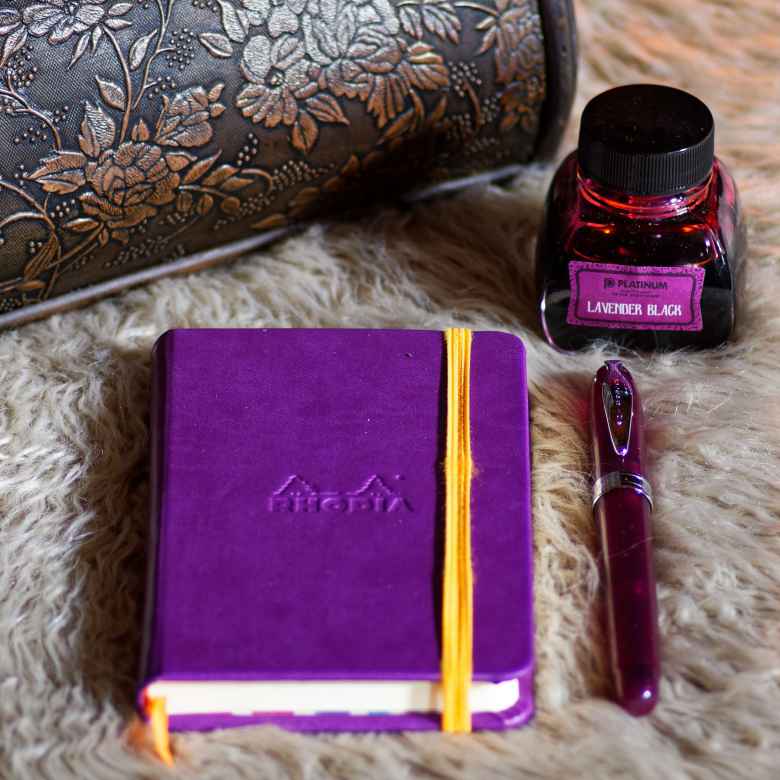 This is a straightforward combination. My youngest said she loves purple and blue (now she says she loves pink) so I alternate between purple and blue. This is my waterproof purple option. I bought this pen specifically for her diary, and when I turn over the diaries to her (probably when she moves out of the house once she’s all grown up) I’ll give her the pen as well. So in a way, this is not my pen.

I really enjoyed using this pen, and I still really like this ink. It’s a great color and is well behaved. I did notice, however, that the ink was evaporating from the pen at an alarming rate, causing me to wonder if there was an air gap somewhere in the pen.