The Kolor of Honey

On June 17, 2018 my Blue Opus 88 Koloro (Fine) joined its comrades when it was filled with Diamine 150th Anniversary Golden Honey. The pen was in use for one year and was emptied and cleaned on December 31, 2019, saying good-bye to its fellows. 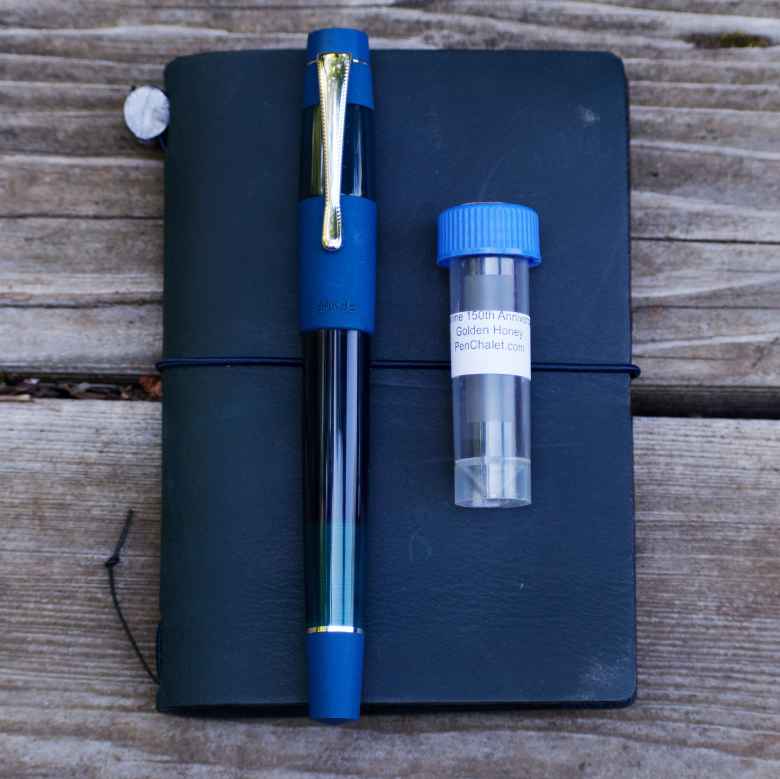 My kids gave me this Opus 88 Koloro and some ink samples for Father’s Day. My wife was most excited about this particular combination so I obliged her. Orange and blue do go together rather well, afterall.

There were times the shade of orange of this ink was welcome and I enjoyed using it. There were also times it was too yellow and I avoided using the pen. The pen itself was a joy to use, but the green translucent bits clash with the blue ebonite parts rendering it a less-than ascetically pleasing pen.