On March 25, 2019 my Red Opus 88 Koloro (Fine) joined its comrades when it was filled with Birmingham Ebenezer Denny Carmine. The pen was in use for one year and was emptied and cleaned on January 17, 2021, saying good-bye to its fellows. 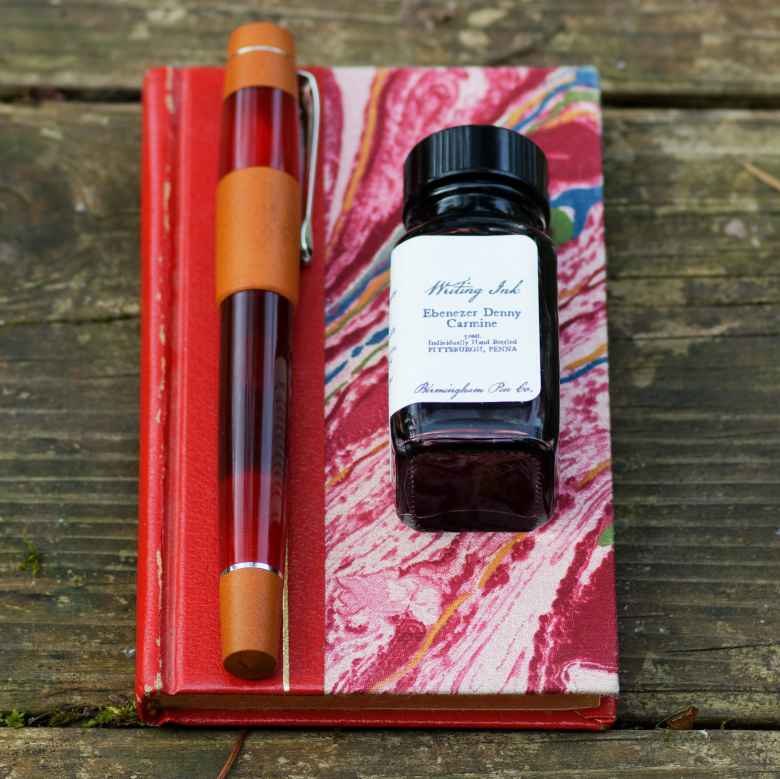 I got a good deal on this pen, and considering how much I’ve enjoyed my other two Koloros, it wasn’t a hard decision to grab this one. I’m oddly partial to red pens, even though I prefer inks in the blue spectrum. The pen arrived Saturday and already I want to use it, so I’ve paired with a new to me red ink.

I’m not sure what to think about how long it took me to write this pen dry. Since I filled the pen I’ve had to adjust my habits and routines, and the amount of writing declined as a result. Additionally, this pen has a significant ink reservoir, so it lasted far longer than I anticipated. I shouldn’t discount that it’s not often that I will write long pieces in red.

I am impressed that I could use this pen for as long as I did without the ink evaporating into nothingness. I credit the design of the pen, specifically the shut off valve.