Wherein my Lapis Inferno Noodler's Ahab (IF) is paired with KWZ IG Blue #6. 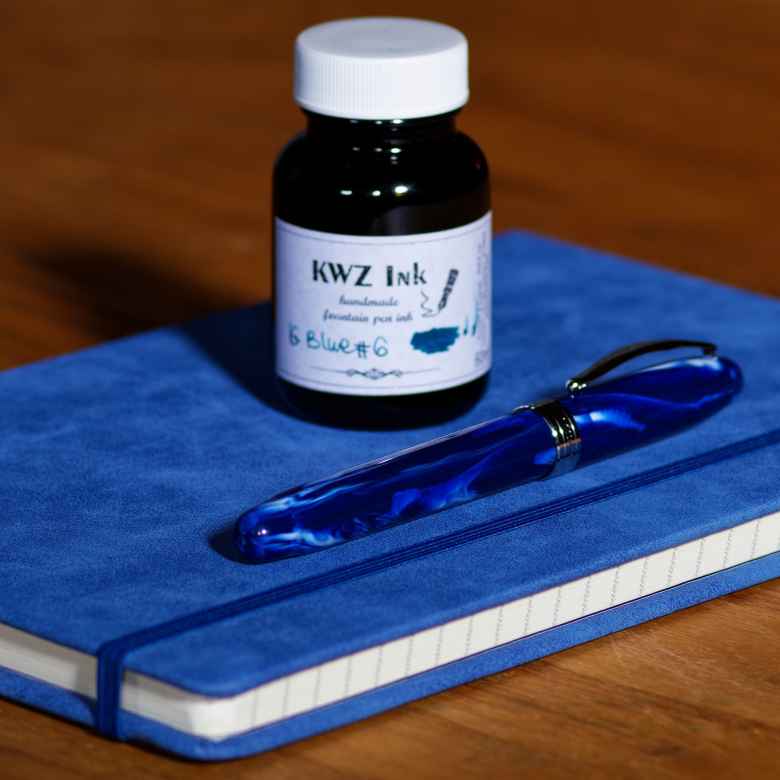 This is a straightforward combination. My youngest said she loves purple and blue (now she says she loves pink) so I alternate between purple and blue. This is my waterproof blue option. I bought this pen specifically for her diary, and when I turn over the diaries to her (probably when she moves out of the house once she’s all grown up) I’ll give her the pen as well. So in a way, this is not my pen.

This was a tough combination. I would use the pen every other day, and in that interim the ink would dry out enough to hard start. When I would clean the pen I would find quite a lot of the ink was gummy in the feed, requiring longer cleaning. I think I could dilute the ink with some distilled water next time and probably have a good result. I did notice that ink was evaporating in the pen while it was sitting dormant on my desk. I haven’t noticed that in any other pen I’ve used with this ink, so I’m suspicious of an air leak somewhere in the pen.