Wherein my Beige Opus 88 Koloro (Fine) is paired with Noodler's General of the Armies.

On August 20, 2018 my Beige Opus 88 Koloro (Fine) joined its comrades when it was filled with Noodler's General of the Armies. The pen was in use for 2 years and was emptied and cleaned on January 17, 2021, saying good-bye to its fellows. 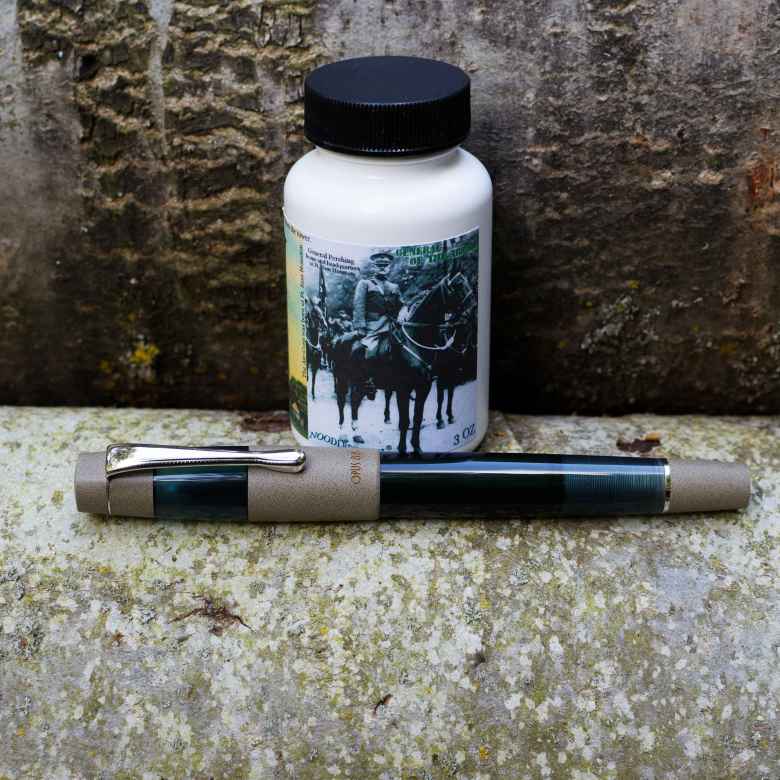 My final birthday pen arrived today. Initially I wanted to use Verdigris by R&K in this pen but then I thought I’d check my list of bottled inks I’d not yet used. Lo and behold, I haven’t actually used General of the Armies, I merely tested it when it arrived nearly two years ago! So now I’ll give it a go, and given the size of the ink reservoir this will probably stay inked for quite some time.

I like this pen, and I’m impressed with its ability to keep ink alive for as long as it did, but I would have been helped had I used an ink of which I was more fond. It’s a good ink, but it’s more of an occasional ink. Using it in a pen with a large reservoir was not my best idea. Also, had I used an italic nib on this pen (say, swap one of my Franklin-Christoph nibs) I might have used it more often. I might have to do that the next time.